Monday 28th May - Suburbs at The Holroyd, Guildford
Gryph
Heavy psych that likes to tease. Fairly new band, one to watch, I feel they're in training to deliver the gut punch you're expecting from them. Heard from the guitarist they don't have a band name and it was a kind of improv jam. Enjoyable stuff either way. Shame I can't give you more information really.
Chrono
First gig. Post rock, ethereal floaty, then they start the fucking engine and lift you into space. A knuckleduster inside a velvet glove. Apologies for all the references to punching, on the Stella tonight rather than gin. They have some sparkly moments and are clearly having fun, even if one of their guitarists is shit at armwrestling.
Mirrored Lips
All female Russian 3-piece fresh off the back of playing Raw Power Festival. Hi. We're Loud. No bassist. Machinegun vocals. A presence not to be fucked with. Not even finished my second beer before realising I'm a twat who's reviewed the soundcheck.
Wiry postpunk guitar. This is a walk through a desolate wasteland. Perhaps your own desolate wasteland. Come Ozymandias, gaze upon your failures as that rhythm tightens round your neck. This is music to march to. To Wardance.
Joe Booley
A lone guitarist. Don't worry. This isn't your garden variety jingly-jangly prick. No house party Wonderwall cunt. No Ed Sheeran wannabe. I mean fair play to Ed taking on ticket touts but "push and pull like a magnet do"? PROPER GRAMMAR YOU WANKER!
Right. Bit of fire in the belly and some distortion. Yes. And it's not a fucking acoustic thank Christ. You're put more in mind of acts like Hum, and Frank Turner. Joe is neither of these, nor the others mentioned. You know though, that he gives a shit, and that counts for something more than just a butter advert.
He'd probably have preferred me talking about the technical aspects of his performance, whether his use of reverb was adequate, or if his build up of tension was enough, but I'm shitrockjournalist. Why on earth would I bother with any of that?
Cheers Joe!
Posted by Sideburner at 12:00 No comments:

We Are All Medicated 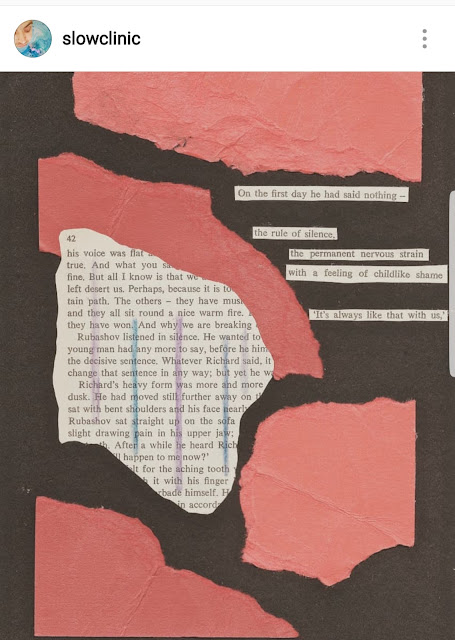 For further details on the release, please visit https://slowclinic.bandcamp.com/album/all-of-us-are-medicated
Posted by Sideburner at 21:12 No comments:

It seems that so many men suffer the Cyclopean urge. Seeing and thinking with a single eye, convinced that it may be their third. Of course, one may be forgiven a certain drive, a particular emphasis, as long as it doesn't, shall we say... override all else. Amusing then, that the thrust of this particular missive is concerned with such nature without penetrating to any deeper level. Perhaps it should.

Posted by Sideburner at 08:45 No comments:

*Disclaimer - all bands got two reviews, one less serious than the other. Both are presented here.

"Of course it's a venue. They have a drum kit."

"Shit man, every Starbucks has a drum kit these days."

"Ah come on man, this is better than Starbucks, I've only seen one laptop so far."

"Alright man, point taken. People here too. You sure we're really at a gig?"

"Look, they have booze too!"

"Oh shit, really? I guess it is better than Starbucks…"

Just a boy and his guitar. Well, that and a pretty sweet pedal board. A moment's introduction and then a tone that begins to swallow the room. You listen close and hear clicks of pedals and picked strings, a child watching a puppet show. He's seen the wires but it doesn't matter because he's in another world now. He feels himself lifted, watching himself at play, staring, amazed at how one man can generate those sounds. Patiently he waits his turn to applaud.

Guitar and drum. Stiff Little Fingers fans? Unconfirmed. Bassist just showed. Ignore that cultural reference. Drummer with brushes, bassist slinging some funk. This kind of sounds like Jamiroquai if Jay Kay wasn't such a colossal prick. Are those tea towels on the drums as mufflers? How amusingly British, despite the American sugar sweet pop sensibilities. I reckon these boys would be good to have a few beers with. They seem too clean cut for a good spliff, but you know, I could be wrong…

Defined by Nassim Nicholas Taleb as a rare and unpredictable event, much like actually being able to buy the new EP, Black  Swan, or to be accurate Blackswan. Two piece. Two young handsome chaps with guitars. No drummer. No bassist. Not tonight anyway. Ok, let's go. Full disclosure, on my 3rd G&T. Full house for the boys. Starting with a non-EP track on the launch night. Bold move. Bold voice though. Imagine Americana shot through with a little more soul. Couple of whoops and cheers before the first song is over. Culmination of over 10 years of jams and writing, with the help of Postmaster Studios, old jams and songs find new life through these acoustic shamans.

Knowing that an artist cares deeply about an acoustic space and its properties is an interesting thing. As tone swells phase in and out, muttering among the audience provides unintentional percussive accompaniment. Ice placed into a tumbler, pouring of liquid gives further disjointed rhythm. It is amusing how even those being egregiously inattentive lend something to the performance. Only the untimely ring of a mobile phone, swiftly muted, seems out of place. It may be a slow clinic, but it is an interesting waiting room.

So Disney decide to do a teen movie set at a beach house. These guys are the prom band. They wrote the whole score. It's catchy and fun, music to smile to as you try to place musical references. A hint of Michael Jackson before he went completely insane. Just in a vocal flourish here and there, you know, but it's present. A real happy ending of a band. No. Not like that, you pervert.

So headline act, how about this EP? You've quite a following with your sad tinged songs. Well, I shouldn't put it like that, it gives the impression you're nothing more than mopey Morrissey fanboys, and if you were, you'd have no fans. Morrissey? Nobody wants that. No. There's joy here too. Vibrant, life affirming, like rock music fucking well should be. This could have been a different review if I'd been drinking whisky, but the tunes still would have been good, you'd still be reading an advert for the new EP. Two guitars and a great voice. It might be simple, but it's done really fucking well.

Changing Colour - for fans of: Jamiroquai, Sublime, chilling in a beer garden with a cold beverage while the summer sun beams down

Blackswan - for fans of: Clayhill, Dana Immanuel, Tracy Chapman, Joe Henry, meaningful conversations at a house party at 2am after the prick with an acoustic guitar has stopped playing Wonderwall and handed it over to someone who knows what they are doing

Like every shit rock star, this shit rock journalist had to end with a fucking advert!

Posted by Sideburner at 16:38 No comments:

Posted by Sideburner at 11:45 No comments: